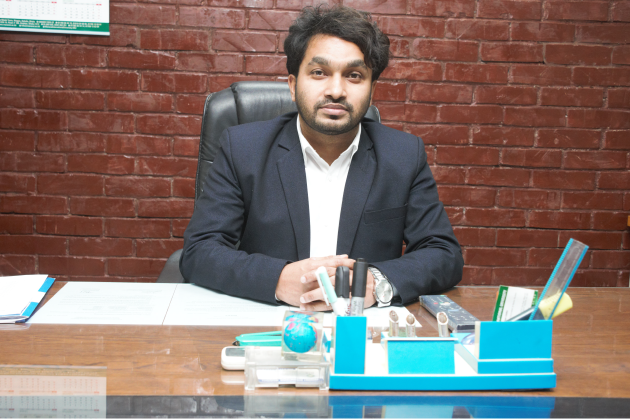 Assistant Professor and Head (in charge)

Mr. Rafiquzzaman Ruman achieved his graduation and post graduation degrees in Mass Communication and Journalism from University of Dhaka. Before joining MIU, he served three years as Lecturer for the Department of Communication and Media Studies at University of Development Alternative (UODA). Mr. Ruman has more than 12 years of experience in teaching in university at graduate and post-graduate levels of communication, journalism and media studies discipline. His major concentration of academic area includes communication theories, mass media research, development communication and media advocacy, news gathering and reporting, and media ethics and laws. Along with teaching, Mr. Ruman is extensively involved in training programs arranged for national and local journalists by PIB, Article 19 and other organizations. He regularly conducts training sessions for media professionals and government officials including BCS (information) Cadres.

Mr. Rafiquzzaman Ruman is an adjunct faculty of National Institute of Mass Communication (NIMC), an institute under the Ministry of Information of Peoples’ Republic of Bangladesh, for its Post Graduate Diploma Course in Broadcast Journalism run by University of Dhaka.

Rafiquzzaman Ruman regularly writes columns and opinions in national dailies. Over hundreds of his articles/columns have been published on various national, social and media issues.

1. National Risk & Threat Assessment on Media Workers in Bangladesh in November to December 2019 commissioned by Article 19.

2. Needs assessment study on Livelihoods Practices in Ukhiya and Teknaf Upazila, Cox’s Bazar during August to September 2019 commissioned by Uttaran.

4. Sustained and Expanded Effort to Make the Ultra poor Out of Extreme Poverty by Transferring Assets, Cash and Skill in an Integrated Approach (SEMPTI), an evaluation study commissioned by the Uttaran, Khulna in October 2015.

5. Making it Work: Access to Justice for Persons with disabilities in Bangladesh, a study commissioned by Handicap International in July 2015.

7. Public-Private Partnership in Technical and Vocational Education and Training Sector in Bangladesh: Opportunities and Challenges, a study commissioned by Save the Children during September – November 2014.

8. Media Monitoring on the 10th National Parliament Election of Bangladesh, A study commissioned by the International Republican Institute (IRI) and Fare Election Monitoring Alliance (FEMA), during December 2013 to February 2014.

9. Best Practices Documentation of SC-UCEP TVET Project, commissioned by Save the Children, during January 2014 to March 2014.

10. Final Evaluation of the ‘Transforming the Lives of Urban Homeless People through Amra-o-Manush Model Project, a study conducted for Concern Worldwide during July – August 2014.

12. Policy Research and Perception Study to Identify and Understand the Problems and Bottlenecks Constraining Spread of Primary Education and Reduction of Poverty in Four Districts of Bangladesh, A study commissioned by The Asia Foundation and Institute for Environment and Development (IED) during January 2012 to March 2012.

TVET Mapping and Needs Assessment Study funded by Save the Children during September – October 2012.

4. (Analysis on The Application of Journalistic Principles in Online Newspapers of Bangladesh), The Dhaka University Studies, 2017.